Following on from our earlier post which confirmed the release of the Samsung Galaxy Tab 10.1 device, the company has also unveiled the successor to the popular Samsung Galaxy S. It’s simply called the Galaxy S II and it packs some great hardware specs.

As reported from Engadget, Samsung made things official at their pre-MWC event in Barcelona. Surprisingly, the Galaxy S II will be available to buy before the end of February, although it looks like the device won’t be available in the US first. Instead, Europe and Asia will get first dibs and North America will follow soon afterwards.

Main specs include a 4.27-inch 800 x 480 Super AMOLED Plus display, a 1Ghz dual-core processor, an 8 megapixel camera, 2 megapixel front-camera, 1080p recording and playback support and built-in NFC. The device will run on Android 3.0 Gingerbread, customized with a brand-new TouchWiz 4.0 interface. Dimensions include a 8.49mm thickness and a weight of just 116g. 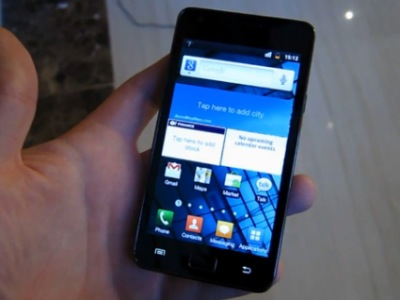 Definitely some pretty tasty hardware specs there. Considering how well the Galaxy S performed, we expect this to fly off the shelves. Although we’re a bit disappointed that this device won’t come with a stock version of Gingerbread, we’re pleased to say that the new version of TouchWiz is looking great.

For those of you that are interested, you can watch the exact moment the phone was unveiled in a video below, courtesy of Phandroid.