We have some slightly amusing news to bring you now, as another Samsung Galaxy S knockoff is currently doing the rounds in China. The news here, is that this model is due to be upgraded to Android 2.2 Froyo, meaning that it will probably get it before the real model does.

While we’re obviously aware that a collection of Galaxy S owners already have the Froyo update (one way or another), the majority do not, especially for owners in the US with either a stock or carrier version of the handset.

However, the picture you see below is the rather ugly, and real fake, brother of the Galaxy S. The specs are considerably worse than the real model, but the big perk here, is that the handset is expecting an update to Android 2.2 Froyo in the next few weeks. 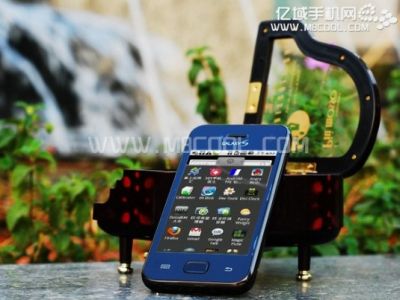 If anything, we’re writing about this in the hope that Samsung sees it and realises that they need to get their act together. Maybe they are too busy focusing on their Nexus S, which will run OS 2.3 Gingerbread. Take a look at the pic and let us know what you think about it.

Are you still waiting for Froyo?