A couple of days ago we reported to you that owners of the Samsung Galaxy S on Vodafone, could begin downloading the Android update for their handsets. But today we have news that the Android Gingerbread update has been stopped by Vodafone.

Gareth Beavis from TechRadar is reporting that Vodafone posted on its forum and said “Due to an issue with the Gingerbread update for the Samsung Galaxy S, its roll out has been temporarily suspended by Google.”

Vodafone went on to say that it wasn’t a problem with their version of the Galaxy S, but were working with Samsung to correct the problem. No details of what the exact problem was, but must be annoying for owners wanting to download the new operating system for their handsets. 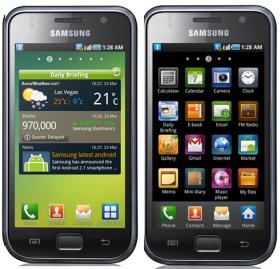 As you can imagine the rumor mill has begun with some reports suggesting an issue with the camera application was causing problems in some regions. Many owners must have already downloaded the Gingerbread update to their devices as soon as it went live, so until there is a fix could be left with faulty software.

Have you updated your Galaxy S yet? Have you noticed any problems?