There has been a lot of rumors and speculation as to when exactly the Samsung Galaxy S 4G, or Vibrant 4G handset will release on T-Mobile, but thankfully we’re pleased to report that T-Mobile has now confirmed a solid release date and price for us.

As reported from BGR, T-Mobile USA has detailed a press release, in which they confirm the availablity of the Samsung Galaxy S 4G on February 23rd – a Wednesday for your future reference.

First of all, don’t get this handset confused with the Samsung Galaxy S II, which has just been announced and is definitely the more ‘premium’ of the two handsets. The Galaxy S 4G is a little on the gimmick side, as the only notable additions are 4G connectivity, a front facing camera and Android 2.2 instead of Android 2.1 which the original Vibrant shipped with.

If you’re asking us whether you should pick up this phone or not, we’d tell you that you could probably save it for a much better handset, a dual-core handset – there will be plenty to choose from within the next few months. T-Mobile has this priced at $149,99 on a two-year contract. 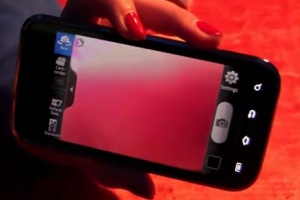 You can read the full press release over at BGR, let us know if you’ll be picking up the Galaxy S 4G or not. We have a great video hands-on review for you to watch below, courtesy of PhoneDog.