We have some good news for those of you who have cash ready to spend on a spanking new 4G smartphone or a top of the range tablet, as an internal T-Mobile document has leaked, revealing potential launch dates for upcoming devices.

These are not just your average devices either, as T-Mobile will soon be able to boast the Samsung Galaxy S 4G, the Dell Streak 7 and the Honeycomb-equipped LG G-Slate amongst their current arsenal of devices.

The document has been leaked by TmoNews, no surprises there, and reveals that the next device to launch on T-Mobile will be the Dell Streak 7, on February 2nd for $299 subject to a two-year agreement with the carrier.

Next up is the Samsung Galaxy S 4G, formally the Vibrant 4G, which is on course to release on February 23rd. Unlike the original Galaxy S, the upgraded version will come with Android 2.2 Froyo – although this should really be Android 2.3 Gingerbread if we’re being picky.

Finally, the highly anticipated LG G-Slate tablet, rocking Android 3.0 Honeycomb (take note, Samsung) will arrive on T-Mobile on March 23rd if the leaked document is to be believed. We’ve been waiting for this one to come out ever since we saw it at CES 2011. You can watch a video of the device in our previous report here. 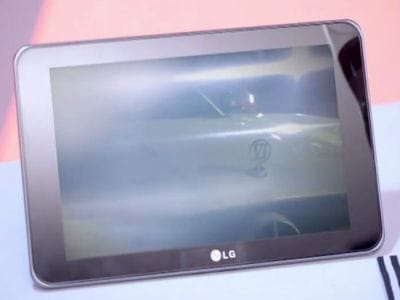 Which device are you most looking forward to getting on T-Mobile? We are going with the LG G-Slate, as the Samsung Galaxy S 4G could have been a lot better in terms of hardware specs.