The Samsung Galaxy NotePro release has commenced and is available now in the UK with next day delivery. Samsung took pre-orders on the Android tablet and gave away a free Gamepad to the first 300 takers, those that ordered should have received their device today.

For those of you who ordered the NotePro in the US, the date you will have to wait until to get yours is February 13th, last minute Valentine’s Day gift anyone? The 12.2 inch Samsung Galaxy NotePro was unveiled beside the Galaxy TabPro at CES 2014 last month, adding to a huge line up of mobile devices planned for this year.

In the UK the device will set you back £649, highlighting the fact that this huge high end tablet really is a big player entering into the market. You can choose between a black or white model and the device will also come equipped with an S Pen stylus. You could also opt for the TabPro which is almost the same, but comes in small models shrunk down to 8.4 and 10.1 inches. 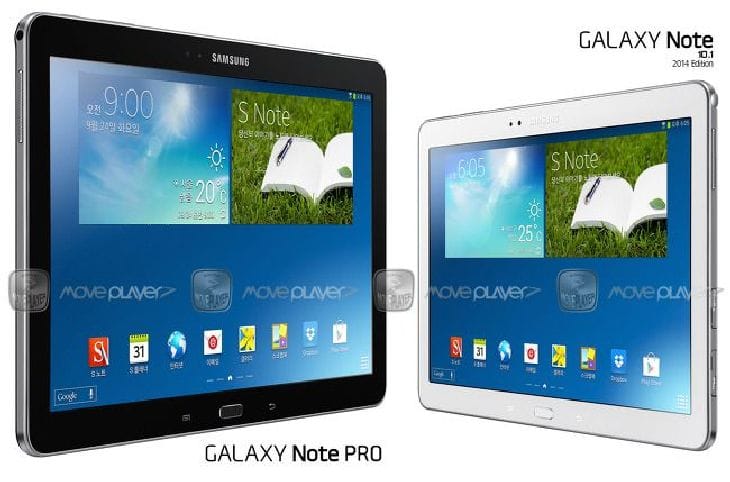 The Samsung Galaxy NotePro reportedly features an octa-core processor which is loaded with four 1.9GHz and four 1.3GHz cores, this is incredible power which will bring cutting edge performance to anyone who has invested in one. This huge beast of a device comes with a hefty price tag but also hefty specs, so if you are looking for a large tab which packs a punch then this could be the one for you.

We are interested to hear from anyone who pre-ordered the tablet and has used to already, let us know your first impressions of it in the comments section.