The Consumer Electronics Show has begun and two of Samsung’s featured devices have been uncovered early. Thanks to some advertisement banners being set up in one of the halls, we have our first look at the Galaxy Note Pro and Galaxy Tab Pro at CES 2014.

Both of Samsung’s newest tablets reportedly feature 12.2 inch displays and promote stylus use. However we have some details on the 10.1 version of the Tab Pro for you here. From what the ad shows, SIM card support will also be included for mobile use. More details will be revealed when the Samsung’s show kicks off and the media gets some hands on time with the latest devices. 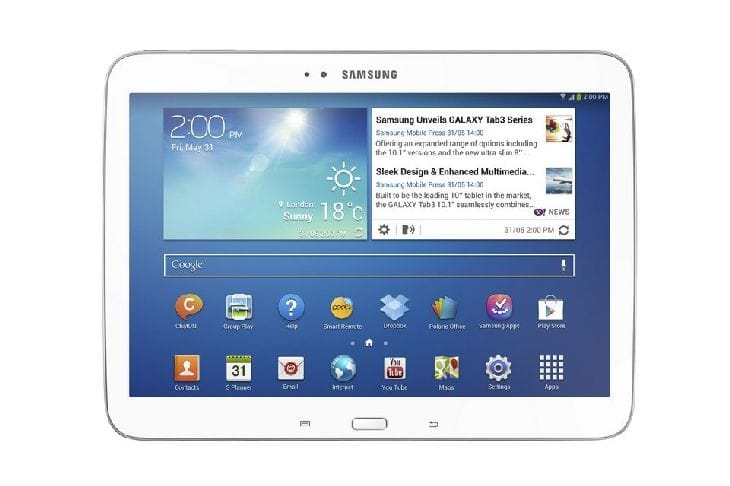 The huge ads were spotted in the South hall of the Las Vegas convention center, it is common for some products to be outed prematurely whilst shows are set up overnight. This is not the first time that the Galaxy Note and Tab Pro have been seen, these devices have been long rumored with several leaks of specs appearing online. We will soon see how true those were. 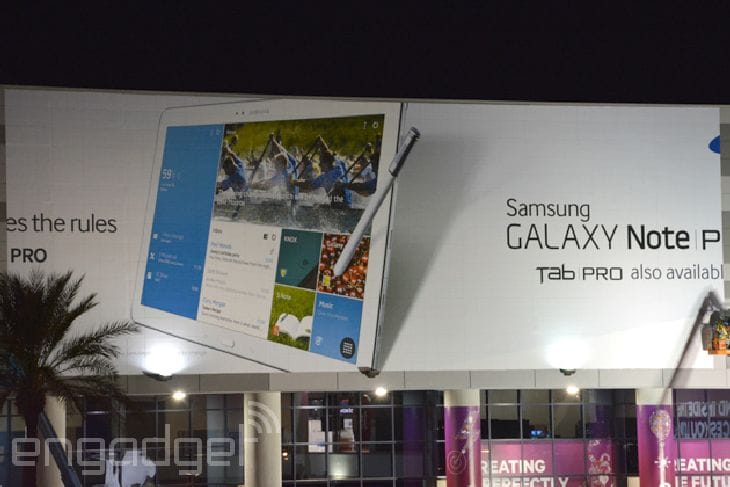 Whilst we can speculate on the details of Samsung’s new tablets, in reality we only know for certain what we can see on the advertisement hoardings. The Galaxy Note Pro and Tab Pro will be expected to lead Samsung’s march for domination of the tablet market, it will be interesting to see what kind of new iPad Apple respond with.

What kind of specs and features would you like to see the Galaxy Tab Pro and Galaxy Note Pro launch with? Let us know by leaving a comment and tell us what other products you are looking forward to seeing.