We know that the Galaxy Note 4 has now arrived to massive fanfare, but the biggest talking point now appears to be the decision on which device to buy in terms of the inevitable Samsung Galaxy Note Edge Vs Galaxy Note 4 showdown.

The lovely new Galaxy Note Edge is the final outcome of the prototype Samsung curved phone that the company teased last year. It is similar to the Galaxy Note 4 in design, but obviously with the main difference being that unusual curved Edge which is fully customizable to the user.

Both phones will actually feature different processing options. The Note 4 will offer either a 2.7Ghz quad-core Snapdragon 805 processor for LTE and an Octa-core Exynos 5433 set-up for the International model.

The Galaxy Note Edge on the other hand utilizes a slightly slower 2.5Ghz quad-core processor, but still from the same Snapdragon 805 family and likewise for the International model which will come with the same Exynos 5433 Octa-core processor. 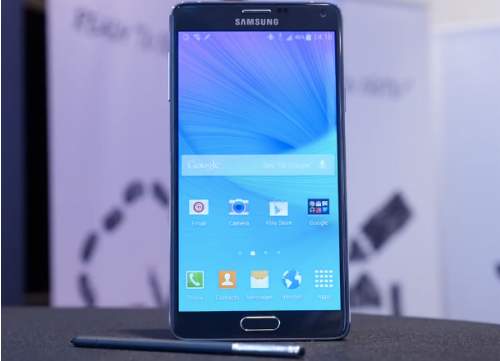 You’ll be pleased to hear that 3GB of RAM is present on both devices and 32GB of internal storage can be improved via MicroSD if required. Kitkat is still shipping on the Note 4 and Note Edge but obviously those who pick up one at launch can expect to be among the first wave to get an official update to Android L once it’s ready to roll out.

The decision that most of you will need to make is whether you want to go away from the tried and tested successful formula with the Note 4 after already owning the amazing Note 2 or 3. The Note Edge is going to be offering something completely different and that curved feature on the edge of the device could become a massive success for the company.

It will be interesting to see what rivals think about the Note Edge and whether they are tempted to offer something similar for their own smartphones – patent pending of course.

Based on Samsung’s initial reveals of both, have you already decided which phone you will be getting later this year between the Note Edge and the Galaxy Note 4? We’ve included two useful hands-on videos of both so you can take a look in closer detail.

Let us know which phone appeals to you the most and why. Will the curved edge be a game-change, or a massive failure?