Yet more Samsung Galaxy Note 9 leaks are turning up and this one could be something to get excited about, or just another attempt to trick users before Samsung’s official reveal next month.

A video has been doing the rounds on social media, appearing to show the world’s first Samsung Galaxy Note 9 unboxing video, which is currently unlisted on YouTube.

The video shows the retail packaging that in turn shows what specs the Galaxy Note 9 will have. They include a 6.3-inch display, 24 megapixel camera, 8MP front camera, Retina scanner, 64GB of internal memory and 6GB of RAM. 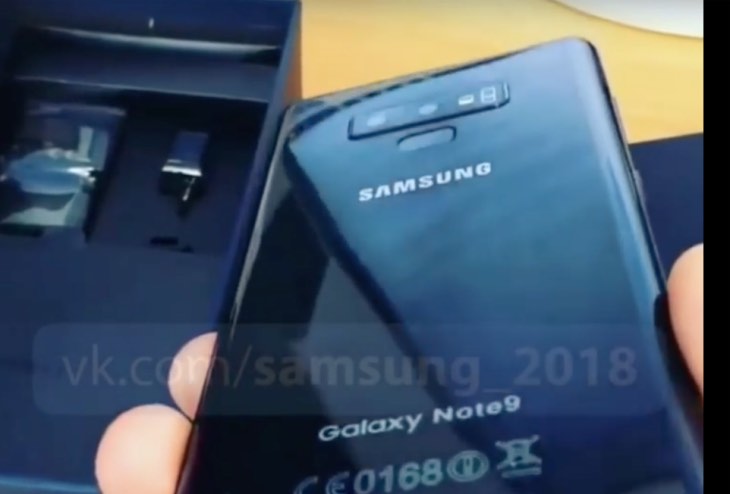 Wireless charging is also supported and the earphones supplied are tuned by AKG, which is another rumor that has been heard in recent weeks. We also see a Micro-usb to USB Type-C connector supplied in the box so take a look at the video and let us know what you think.

A lot of users are calling it a China clone – do you think it is real or not?