The Samsung Galaxy Note 3 design has been revealed on stage at UNPACKED 2013 along with Android 4.3 and showcased with Samsung Galaxy Gear for making and receiving calls.

Samsung jumped right in with all their products in the first minutes of the keynote that’s running right now. Rather than making those at the press event or watching the live video coverage wait, everything was revealed right away and then expanded on with full specs and features.

The Samsung Galaxy Note 3 has a soft leather back and comes in blush pink, white and jet black.

The Samsung Galaxy Note 3 will feature a number of official accessories and the range of back covers let users change the colors if they don’t like the above options.

If you have your Samsung Galaxy Note 3 in your pocket and receive a phone call, you only need to click answer on your Galaxy Gear watch to talk. This is the start of a partnership between Samsung Android phones and Galaxy Gear, although more features will be explained in the coming hour.

The Samsung Galaxy Note 10.1 2014 edition was revealed right at the start of Samsung’s UNPACKED 2013 keynote, although features and finer details were held off until everything was explained for the Galaxy Note 3 first. The screenshot below was the first look from the start of the keynote.

This story is developing and will be updated in the coming hour as details are revealed at the UNPACKED event.

Bookmark this page or keep connected to our Facebook channel for more details. 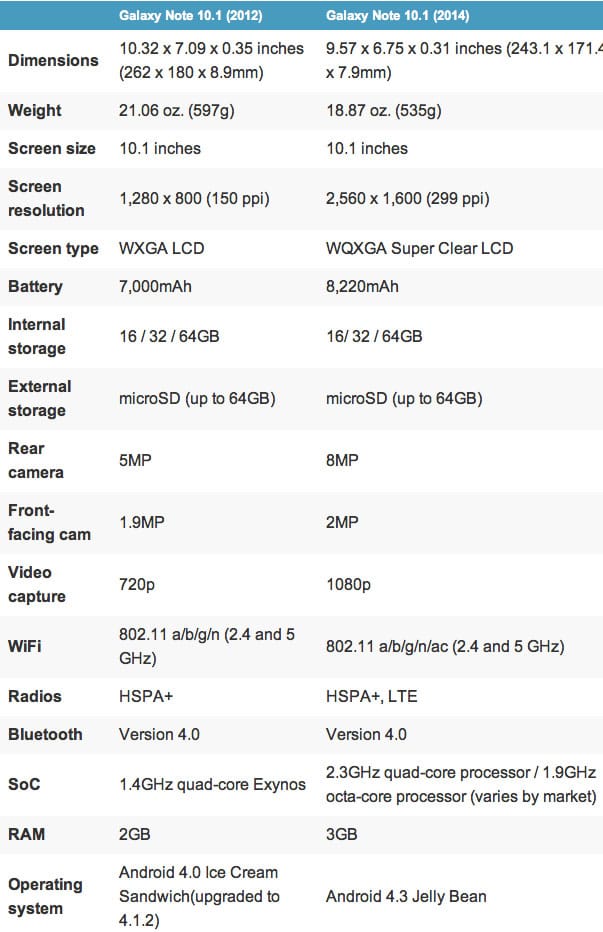 The image below reveals a screenshot from a hands-on with Samsung’s Galaxy Gear and you can take a look at that 5-minute video in another article.