There have been a couple of interesting developments over the weekend in regards to the Samsung Galaxy Note 3, because not only has one allegedly been spotted in the wild, but we also heard that some of these new devices have been shipping, although for R&D purposes only.

You can see what is rumored to be an image of the Galaxy Note 3 below, but we have to ask that you take it for what it is, just a rumor. However, we’ve seen leaks like this to be the real deal in the past, so who knows? There will be some of you assuming that this could be yet another Samsung handset, but we do know that it is not the Galaxy Mega 6.3, as the display and bezel looks very different.

If these units have been shipped for R&D purposes, then we’re certain to see more units of these in the wild, as we know that Samsung has had their engineers try new products as part of their real-world tests, and how many times have they been spotted while commuting? 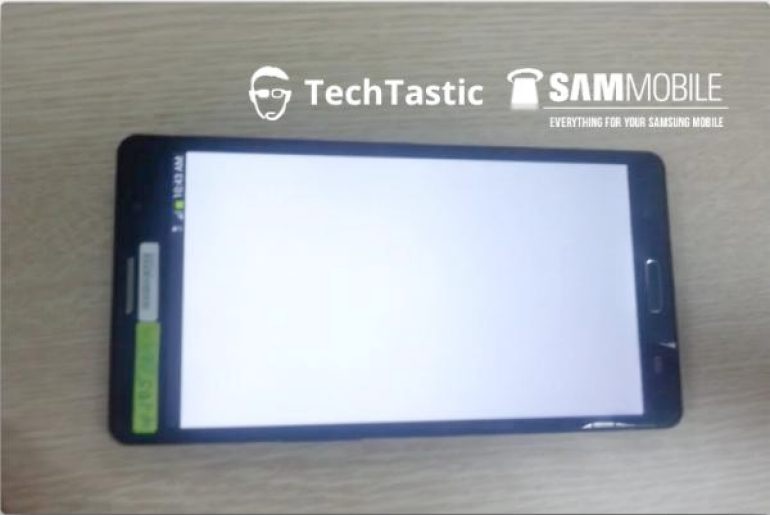 There’s a good chance that this is the design of the new Galaxy Note phablet, as it only has a few design changes, and would back up rumors that it could look very similar to its predecessor, just as the Galaxy S4 looks comparable to the S3.

However, let’s not get drawn into this because it’s just cosmetic, as it’s the hardware that really matters, something that the S4 clearly shows. Samsung had been accused of being lazy in the design of the Galaxy S4, but being the most powerful Android handset on the market, along with some unique features shows that there’s more to their devices than looks alone.

If this is the new Galaxy Note 3 above then we’d like to know if you are happy or if you would like to see some changes? Expect to see the Galaxy Note 3 unveiled during Samsung’s September event.

Thanks to Source SamMobile and TechTastic.