Samsung are pretty busy this month with what is the Galaxy Note 2 launch in the United States, which starts with an event on October 24 in New York. Before this press event Samsung also have something planned for today and this is purely about Windows 8 and what will likely be ultrabooks, so keep an eye on PR later today when we published news on exactly what “framing the future” is all about.

Today’s Samsung event had been highlighted in an invitation that’s less puzzling than those seen in the past, so we know what to expect with two extremely thin Windows 8 laptops, although you should never count out a surprise to be thrown in for a little extra hype. You can see the invite for Samsung’s October 15 event, today, in the image below.

Are you ready for a new Windows 8 laptop, and if so what specs would it need for your money? Samsung will need to price the ultrabook careful, especially considering this month is also one that will likely see Apple release an iPad mini, which could be a better option for some people rather than an ultrabook. Do you prefer the idea of a Windows 8 ultrabook, or iPad mini? 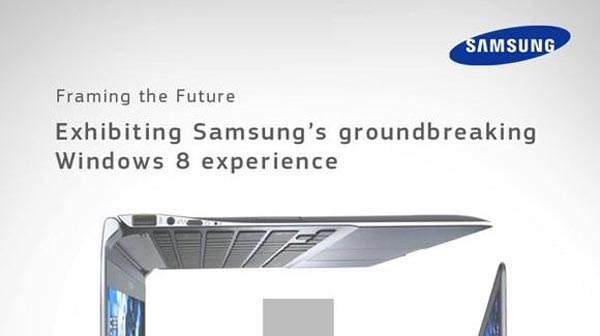 Samsung initially sent out invites last month for their other event planned later this month, which had been a way to make sure members of the press saved the date in their busy schedules at this time of the year. The initial Samsung invites for the Oct 24 event can be seen in the image at the top of this page, which features a stylus. You can also see another image below that shows another invite for the same event, and this makes it crystal clear that the Samsung Galaxy Note 2 will be the main focus of this press event. 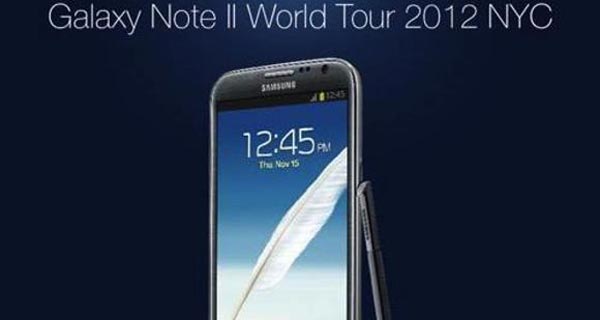 We’ve already heard from US Cellular about their release date for the Samsung Galaxy Note 2, although rumors and official comments are starting to arrive from AT&T, Verizon, and T-Mobile as well. One thing you’ll notice in the invite above is the date, Nov 15, and while this might not mean anything it could also be a special date for the Galaxy Note 2, so again we’ll certainly find out what that is in just over a weeks time.

Samsung Galaxy Note 2 or Windows 8 laptop, what’s at the top of your list? It is worth noting that we could also see a mention of the Galaxy S3 Jelly Bean update at these events as well, which considering that smartphone is said to be their flagship model you’d expect something to be said.