Considering a number of technology websites have now been hands-on with the new Samsung Galaxy Note 2, we thought a review roundup of all these photos and quick reviews is in order, which will give you a better idea of how big the new Galaxy Note 2 is in real hands and what it looks like in real time with some quick video clips.

As expected, most of the rumored features of the Note 2 have turned up correct, although there is a pleasant surprise in store for consumers in that the processor used for the Note 2 is actually a 1.6Ghz quad-core Exynos chip, rather than a 1.4Ghz Exynos chip that was previously speculated.

Having said that, the US looks like it is going to be one of the last regions to get the Note 2 and just like the Samsung Galaxy S3 in the US, there’s no certainty that there will still be a quad-core chip on board. With that potential fear aside, the Note 2 is without doubt a thing of beauty. 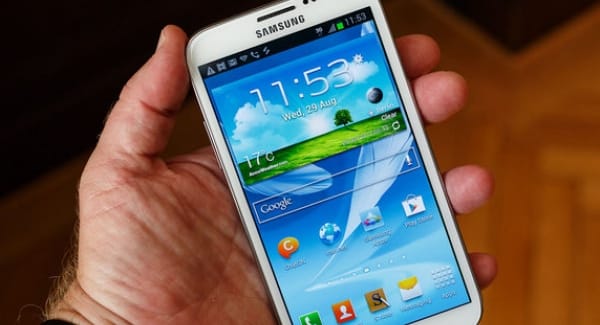 We loved the design of the first Note, but with a larger 5.5-inch screen to play with this time around, consumers are once again going to fall in love with Samsung’s newly established phablet line. LG has tried to emulate their success with the Optimus Vu, but it’s clear that the Note 2 is in a league of its own at the moment and a serious contender to take on the iPhone 5 when it launches in a few weeks time.

A collection of hands-on reviews that we have to show you give you an early close-up look at the device and there’s even a few hands-on videos up for viewing already, courtesy of CNET and Slashgear. It’s great that the Note 2 is going to be rocking Android 4.1 Jelly Bean out of the box at launch, but we think the biggest victory may come in the form of that turbo charged 3100mAh battery.

The first Note had a 2500mAh battery in comparison, so that is a generous increase in power that Samsung has gifted to users – perfect when you are effortlessly scribbling away on the S-Pen in the office. As mentioned above, US consumers are going to have to endure a prolonged wait for the Note 2, as Samsung will be launching it in Asia and European markets first in October.

Take a look at the coverage of reviews we’ve rounded up and let us know if you have already decided to throw your money at Samsung. Has the 5.5-inch beast converted you, or are you still holding out for an iPhone 5?