We have some great news for those of you patiently waiting for the UK 4G LTE version of the Samsung Galaxy Note 2. Right now, the standard 3G version is available through multiple carriers, but we’ve just had a solid release date confirmation for when the 4G LTE version on EE will be launching.

Everything Everywhere are in the process of launching the UK’s first 4G LTE service across the country and now the Galaxy Note 2 will be the latest handset to gain 4G support in the UK, along with the Galaxy S3 and other selected handsets such as the HTC One XL.

In a new press release, EE has said that the Galaxy Note 2 LTE edition will be available for purchase from October 15, although there’s no indication at the moment whether the LTE version will be priced the same as the standard edition – highly unlikely we would say.

Picking up the 4G LTE edition will offer consumers speeds which are apparently five times faster than what is currently offered on the standard Galaxy Note 2. Also up for debate is what frequencies the device will run on, which is crucial in deciding what network to opt for. 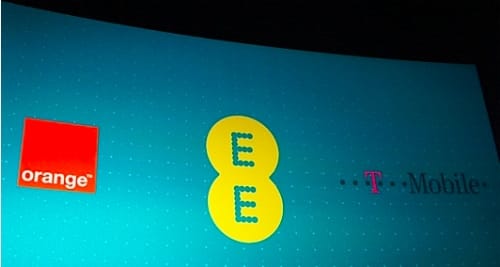 If Samsung has built the device in a way that it only supports the 1800MHz frequency, then the Note 2 is only going to be compatible with the Everything Everywhere 4G network, and also Three’s network in the UK when it becomes available, as noted by Recombu.

Is 4G LTE really worth splashing out the extra cash though in the UK? Considering that 3G reception still remains poor in a lot of areas in the UK, we would say very much so – if the rollout reaches all of the major cities and counties in the UK. After all, there is no point picking up this LTE version if Everything Everywhere hasn’t even covered the area where you live.

Everything Everywhere has directed consumers to the 4GBritain website in finding out which areas are supported, but unfortunately there doesn’t appear to be a clear cut guide on which areas will be 4G capable when the Note 2 LTE goes live on October 15. Since we are already approaching this date soon, expect further news on pricing and availability next week.

Are you interested in picking up the 4G LTE Note 2 in the UK, or are you going to wait until the 4G network is more established?