One of the most impressive features of the new LG Nexus 4 that everyone is talking about definitely has to be the very slick wireless charging option. While it may seem exclusive to the Nexus 4, we’ve discovered that the same feat can be replicated on the Galaxy Note 2 with a bit of home DIY tinkering.

As you can imagine, consumers with current Android handsets on the market want a piece of the action too, but unfortunately you are going to have to take matters into your own hands if you want wireless charging, but don’t plan on picking up the Nexus 4 on November 13.

A very clever modder has posted a tutorial with some fantastic pictures, showing how he managed to get a wireless charging solution working on his Galaxy Note. He did this buy purchasing the ancient, but very affordable Palm Touchstone and Palm Pre Touchstone case online and altered the wiring inside the device to make it function with the Galaxy Note.

This process requires a good brain and the use of a soldering iron, so if you are not familiar with Android modding in the past you may find this task a little difficult to achieve when attempting to pull it off yourself. The most pleasing aspect of it all, is the cost, as the modder claims that it can all be done for under £10 ($16), providing you already have a soldering iron. 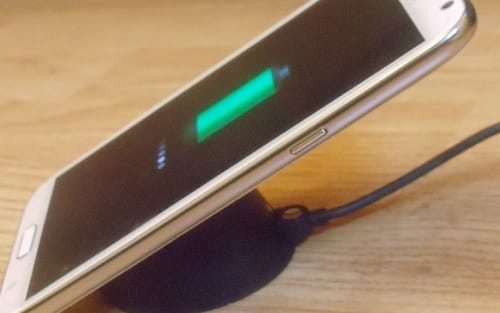 If you are adventurous enough to try this out, you can head to the XDA Forum tutorial here and start to read through the seven detailed steps clearly. Having said that, we have a feeling that it may be too much trouble for the average Android user and we may even start to see wireless charging as a universal feature across all future Android devices, now that the Nexus 4 has made it cool.

Are you impressed and enticed by the idea of wireless charging on your Android handset? Let us know how you get on if you attempt to do this yourself, or if you just plan to buy the Nexus 4 in a few weeks time.