When the ability to jump between apps landed on the iPhone it had been met with rejoice, although some teething problems were experienced with memory, but now it seems that Android users are enjoying the larger Samsung Galaxy Note 2 with multiple app windows, so that you can have more than one application running at once. This allows the user to have two apps side-by-side, which is perfect when you have a massive 5.5-inch screen to work on, although the same feature is heading towards the Samsung Galaxy S3 with a Jelly Bean update.

You can count this as one of the more solid rumors, which we first heard about towards the end of last month, and now we have an image below that shows how multi windows would look on the Samsung Galaxy S3. Nothing has been officially confirmed at the time of writing, but we are to believe this Galaxy Note 2 ability would arrive on the Galaxy S3 after Android 4.1.2 Jelly Bean is installed. You can see a much bigger image that is more than 1,200 pixels wide here on TGSpot, although it is the same as the picture below. 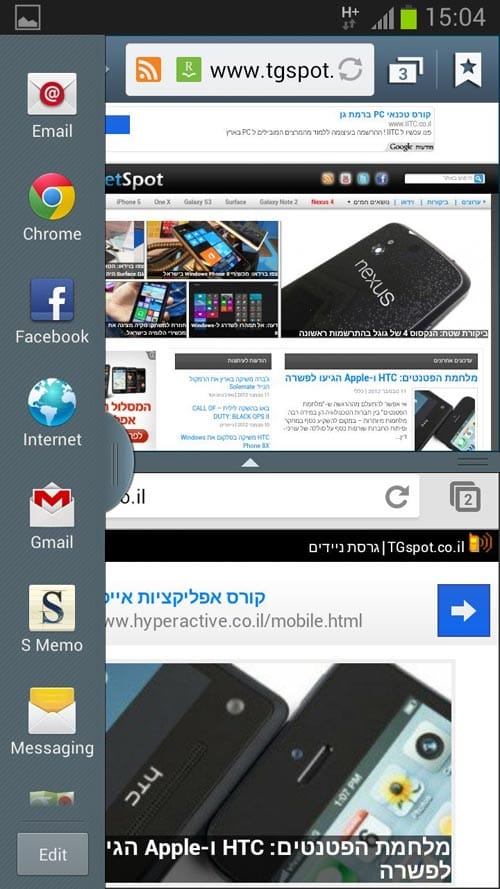 Samsung Galaxy Note 2 multitasking – if you don’t own the 5.5-inch smartphone and want to know a little more about multitasking on the Galaxy Note 2, and how good it is to have multi windows on such a big display, then you can see a video below this article that officially demonstrates how it works. We totally understand why this is a good feature on a 5.5-inch display, but we wonder if it would perform as well on a smaller screen as on the Galaxy S3? It is also worth repeating that currently this is a rumored feature for Samsung Galaxy S3 after a future Jelly Bean update, and not officially confirmed just yet.

If you own the Samsung Galaxy S3, would you like to have multiple windows like on the Galaxy Note 2? The bigger handset is certainly the perfect mix of a tablet and smartphone, so this is why it’s so popular and becoming a real substitute for other gadgets, which is also helped by the multiple carriers understanding the popularity of such a device after the success of the original version last year. If you’re a Galaxy Note 2 owner, then you might want to see some of the diverse cases on offer in our earlier article from today.