Is the Samsung Galaxy Note 10.1 2014 Edition the best 10-inch tablet on the market right now? Google appears to have missed a big opportunity with the missing Nexus 10 2013 model, but one tablet that is slowly gaining popularity as a great alternative is the Sony Xperia Tablet Z.

At the moment, it doesn’t look like the Samsung Galaxy Note 10.1 2014 can be beaten in a pure hardware specs battle. The Nexus 10 2013 model may have something to say about this when Google finally releases it, but for now it appears that Samsung has really locked it down.

For example, the Xperia Tablet Z runs on a quad-core 1.5Ghz Snapdragon S4 Pro processor, with 2GB of RAM. While this is still very good, it’s no comparison to the Galaxy Note 10.1 2014 which offers 3GB of RAM and a stellar quad-core 2.3Ghz Snapdragon 800 processor instead. 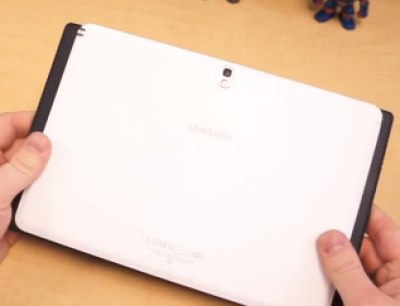 Both run on the Adreno graphics setup, meaning that both are going to offer you stunning gaming performance with the most demanding titles that the Google Play Store can offer. Both also have 8 megapixel cameras on the rear, while both offer expandable storage via MicroSD card.