With the increased talk on Samsung’s upcoming Galaxy Note Pro 12.2, many consumers are wondering what will happen to the status of the relatively new Galaxy Note 10.1 2014 Edition and whether Samsung still intends to give it their full attention despite new arrivals on the way.

This week, we want to revisit the 10.1 2014 Edition and offer you a great insight on how well the tablet can handle gaming. We wrote this back in December which gave you an Galaxy Note 10.1 Vs iPad Air gaming comparison, but now it’s time to focus specifically on Samsung’s device.

Just to remind you, the Samsung Galaxy Note 10.1 2014 has great potential for gaming. The WiFi version runs on a 1.9 GHz octa-core Samsung Exynos processor, with 3GB of RAM and an ARM Mali-T628MP6 graphics setup. The graphics differ with the LTE version, offering a Adreno 330 chipset instead, but the outcome remains the same – this tablet can handle anything that the Google Play Store has to offer. 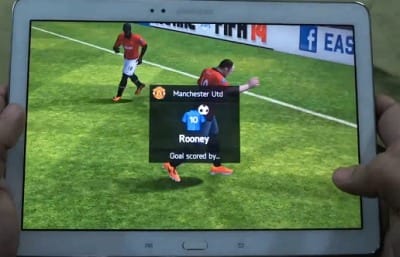 Below you’ll find a great video, taking you step-by-step through some of the more commercial games available on the Play Store, giving you a heads-up on how each one runs.

If you’re a big FIFA fan, you’ll be pleased to hear that the FIFA 14 Android app runs perfectly on the Galaxy Note 10.1 2014 with no signs of lag. Modern Combat 4 is also running like a dream, although there are some occasional moments of lag when testing out Dead Trigger 2. 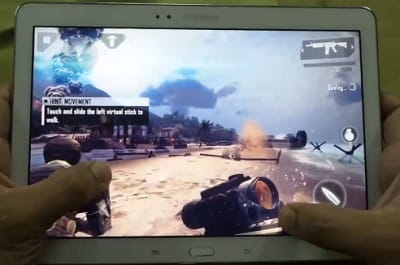 The Galaxy Note 10.1 2014 is one of the more premium tablets that Samsung offers, at a premium price too. In terms of gaming though, it is more than capable of competing with any other Android tablet.

Take a look at the clip and let us know if you are impressed with its gaming performance or not.