Samsung is preparing for a big year and with CES 2014 almost upon us, it is surprising that they have prematurely unveiled a new line of digital cameras. The Samsung Galaxy NX30 and Galaxy Camera 2 have both been revealed, and we are going to take a look at their specs and features.

We will start with the Samsung Galaxy Camera 2 which sports a 16-megapixel sensor, a 4.8-inch LCD display and a 21x zoom lens. The Galaxy 2 runs off Android 4.3 and comes packed with a 1.6GHz quad-core processor, 2GB of RAM and a battery capacity of up to 2,000mAh. Other features include autofocus and autoexposure controls, 120fps slow-motion video and a lighter weight of 9.2 ounces. 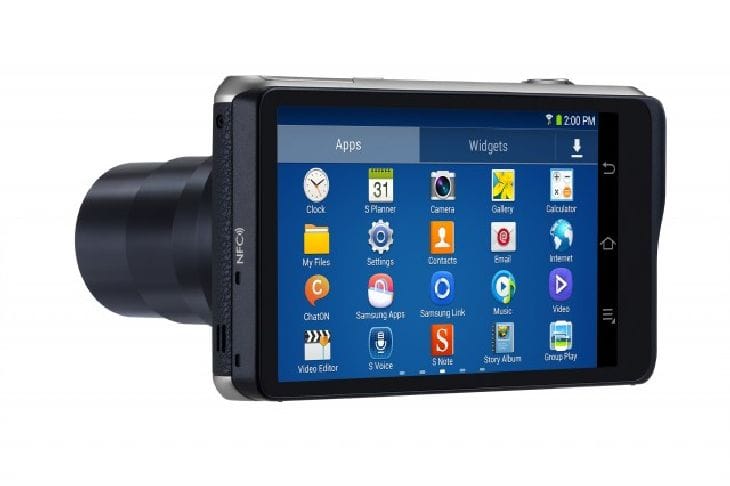 The Samsung Galaxy NX30 on the other hand features a 20.3-megapixel sensor with a brand new mirrorless light-sensitive screen. The super AMOLED-based touchscreen can be either swiveled or tilted, with the latest model now containing a fresh autofocus system which can detect its subject in just 80ms. A new set of 16-50mm lenses are also launching separately beside the NX30, more details on these can be found here.

Both the Samsung Galaxy Camera 2 and the Galaxy NX30 has a focus on a new sharing option called “Tag & Go”. This feature is NFC-based and works smartly with your mobile phone, you simply tap your handset against your camera to initiate the transfer of photos between the devices.

Samsung has not disclosed the release date or prices for these upgraded models yet, but we expect to see them and find out more at CES. What do you make of Samsung’s latest digital cameras, will you be buying one when they launch later this year or do you have eyes for another gadget?