We have been waiting for the official Samsung Galaxy A8 launch in China, and it has finally happened, and we have to say, while it does look like a beautiful, sleek smartphone, we cannot help wonder if it looks too much like the iPhone 6 Plus? We know that Apple and Samsung are always looking at each others products, but this does look way too similar to the current iPhone.

Having said that, there does come a time when you can only go so far with a design of a handset that comes with a large display, yet needs to be thin, and so we will expect a lot more of these similar designs in the coming years. 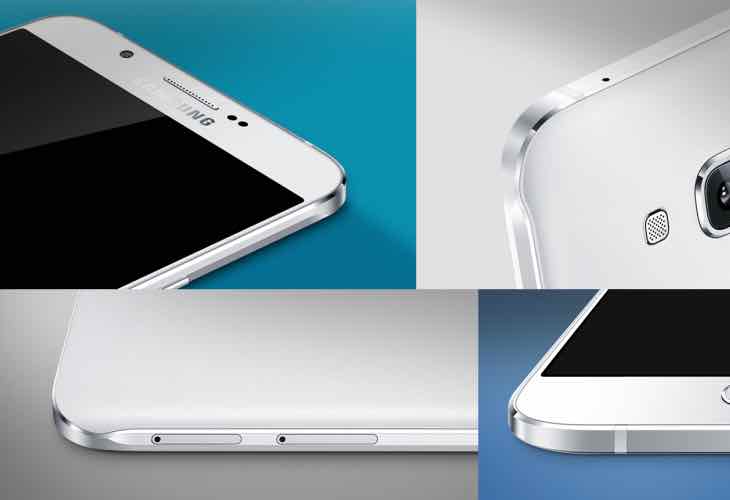 Now that this model has been launched in China, we now wait in anticipation for the Samsung Galaxy A8 US and UK launch, as it is expected – we just don’t know when. We know that many of you will not be getting too excited, as the A8 is not packed with high-end specs, even though its current price in China is right at the top tier of mid-range pricing.

The main Samsung Galaxy A8 specs consist of a large 5.7-inch 1080p OLED display, a pretty decent 8-core Snapdragon 615 processor, 2GB of RAM, a 16-megapixel camera at the rear and a 5-megapixel shooter up front. As for the non-removable battery, this is 3,050mAh, which is larger than its more expensive sibling, the Galaxy S6.

Full features can be found on SamMobile, but once we know more about its release in the US and UK we will update you.