As you may know Samsung has now announced their free 3D VOD service in the UK, but we have to wonder if the country is ready for Samsung to explore this 3D stream app for the Smart TV? The reason we ask this is due to the fact that broadband Internet speeds are much lower in the United Kingdom than they are in Korea or the U.S.

It is all very well having this latest service, but 3D streaming will be more demanding than HD, and we all know how slow streaming is for that when using Apple TV. We do not want to sound negative in any way, as we have mentioned in numerous posts how much we like the new Samsung Smart TV and the apps to go with it. However, we just feel that broadband is unable to keep up with this kind of content.

We know that Virgin is working hard to increase their cable coverage, as is BT with their new Infinity service. However, we can expect this to take over a decade to reach a decent percentage of the UK. Most broadband users in the UK are getting from 2MBPS to 6MBPS, to get more you have to be living right on top of the exchange. 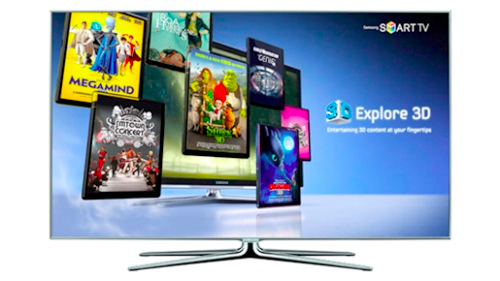 Having said that, Pocket-lint has learned that Samsung knows of this issue, but state that 4MBPS is more than enough to stream 3D movies. However, you have to consider another fact, although most ISPs offer an unlimited bandwidth; they also run a fair usage policy — will 3D streaming violate that policy?