This is the Samsung Droid Charge, which is the latest 4G LTE phone from Verizon Wireless. What surprised us at first was the amount Verizon are pushing the new Droid, when compared to the HTC Thunderbolt, although after spending some time with the Droid Charge you discover why this could be.

Verizon should’ve been proud when they launched their commercials selling both the Droid Charge and the Verizon 4G network, and they have good reason to. When it comes to battery life, the HTC Thunderbolt was a disaster with some owners being told to buy a second battery that will get them through the day, but Samsung’s 4G phone has surprised most people for juice.

With the 4G networks getting to a point that will satisfy users, and a phone that can last a whole day, 4G could start to catch on with buyers. If you can get past the $299.99 price with a two-year contract and a size that’s larger than most, then you may be happy with what you find in the Droid Charge.

You’re going to love or hate the plastic design and light weight (around 5 ounces.), we know that some people prefer something a little heavier with more metal, especially for the price tag. One look at the screen and you forget about materials, the Droid Charge features a screen that shows Samsung are still a leader in screen technology, packing a 4.3-inch Super AMOLED Plus Touch Screen Display that has brilliant detail and vivid colors. 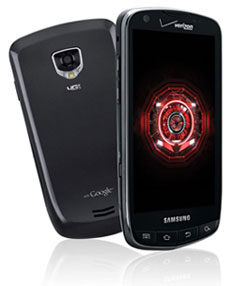 One trend for phone makers is to remove all buttons in favor of all touchscreen, gladly this is not the case with the Droid Charge, and you will find four buttons on the front at the bottom. These let you search, go back, get to a home screen, and load a menu.

Verizon’s 4G LTE network is impressive and sets them apart from the competition, at this time, and with the Charge you should expect 5-12 megabits per second, although we’ve seen more than this reached with a good connection. We would’ve liked to see Android 2.3 Gingerbread running on the Charge, like some other handsets, but you’ll have to enjoy Android 2.2 Froyo for now. 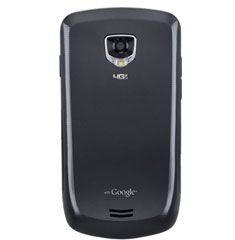 The selling point for us is battery life, the Droid Charge smashes the HTC Thunderbolt on one of the most important features of a phone, and that’s its ability to keep going for longer. Seeing a black screen after a few hours is not good for any device, and having 4G LTE is one of the problems for battery life but it looks like Samsung have solved this with the Charge. It really is good.

You should expect up to 2 days without having to re-juice the standard 1600mAh battery, and this includes messing around with 4G and Wi-Fi. If you play YouTube videos non-stop then you’re going to kill the battery much faster, but you can still expect almost 5 hours of non-stop video playback.

In Summary: If you want a 4G LTE phone with the best battery life, then the Droid Charge is your choice. You just have to get past the plastic feel and price.