We have some really great news now for all you Samsung fans out there who may have heard previous rumors about the Galaxy Ace S5830 smartphone. The upcoming handset has now made an appearance on Samsung’s Indonesian website, no doubt confirming what you’d already heard.

According to a recent article over on the gsmarena.com website, the Samsung Galaxy Ace S5830 smartphone — which is said to be running Android 2.2 Froyo – will come with an 800 MHz CPU, Bluetooth 2.1, Wi-Fi (802.11b/g/n), a 3.5-inch capacitive touchscreen, a GPS receiver and a 5-megapixel camera.

The Samsung Galaxy Ace S5830 is also said to feature a micro USB port and a 3.mm headphone jack. Although we don’t know any details about availability or pricing at this stage, we do know that there will be both black and white versions of the handset. 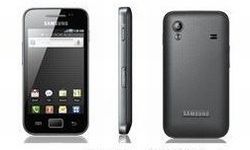 As Florin at unwiredview.com recently reported, the handset, which is said to be one of the smartphones that Samsung will be bringing to the Mobile World Congress next month, will have social networking integration, for those who love keeping up with friends.