We now have confirmation that the second Samsung 9 Series laptop will be an 11.6-inch model — well 11.6-inches to be exact. It seems to us that this puts it in MacBook Air territory. With this ultrathin model following in the footsteps of the 13.3-inch version it’s as if this is truly a MacBook Air challenger, but how will it fair?

Looking at the specs of the 11.6-inch version, we could be mistaken for looking at Apple’s thin laptop, as it offers 2GB of RAM, 64GB SSD and a 1,366 x 768 resolution. However, it is the processor where things change a little and go in favor of the Samsung 9 Series, as it is a Core i3 on the smaller version, with the 13-inch model having the Intel Core i5.

One would suggest that Apple will not allow this to happen for long, and we could see an update sooner rather than later — especially if Samsung release their challenger soon. Engadget reports that the price is expected to be just under $1200, that’s almost $200 more than the standard version 11.6-inch MacBook Air with almost the same specs – apart from the CPU that is. 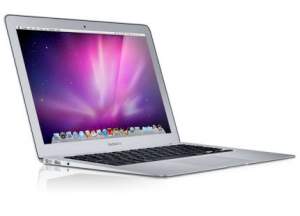 The black metal brushed finish certainly looks as though it will compete with the design of the MacBook Air, but we cannot help thinking that Samsung is trying too hard to be like Apple. Yes the Series 9 looks to be a fine product and has a few feature upgrades, but we cannot help but think that this will be overlooked once the new 2011 MacBook Air refresh is released.

We cannot say for certain when the new Samsung laptop will be available to purchase, but they had better hope that it is not at the same time that Apple decides to update theirs. Which of the two would you rather have?