In a groundbreaking announcement, Samsung has announced at CES 2019 that their new range of Smart televisions will have support for rival Apple’s iTunes service.

The partnership will see iTunes TV shows and movies available for viewing on Samsung TVs for the first time, but it won’t include your iTunes Music library.

Apple is thought to be preparing a competitor to Netflix and this could have had an impact on the decision to allow iTunes streaming on a third party device other than Windows PCs. 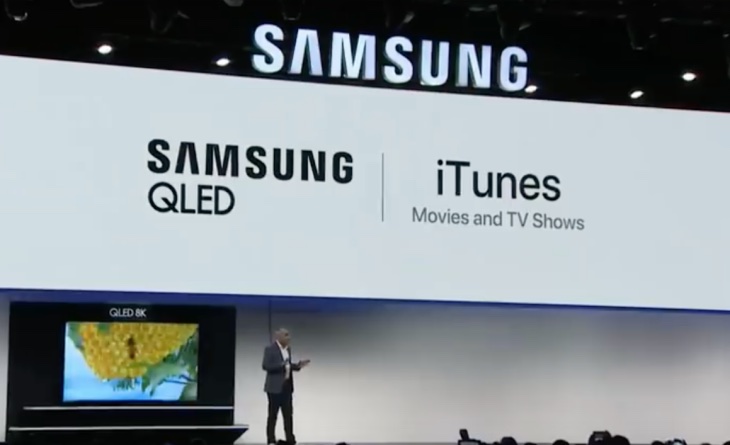 On top of the iTunes support coming to Samsung, the 2019 lineup will also have support for Airplay2, meaning that iOS users will be able to stream their device directly onto their Samsung TV without any other wires.

Could this be the start of a more friendly relationship between Samsung and Apple? Let us know if you would love to make use of your iTunes movie and TV show library on your Samsung Smart TV.