The tablet PC market is growing at a fast rate with new devices coming out all the time. Since Apple first released the iPad manufacturers have decided to bring out their own models. Samsung first brought out the original Galaxy Tab last year but have now released their latest offering. Now today we have news of the Samsung Galaxy Tab 10.1 and first impressions of the device.

Preorders for the device went live yesterday in the US, and some actually managed to pick one up if they went to Best Buy in Union Square New York. Joe Wilcox of betanews managed to get hold of one and has reviewed the new tablet PC.

Straight out of the box the new Galaxy Tab failed to impress, with the dimensions found to be too long and narrow. The Samsung has a more rectangular shape compared to the iPad 2, and it felt top heavy even when held in both hands. This may not be a problem to some users as it is just a personal issue.

Setup was pretty straight forward, and you are asked to connect to a Wi-Fi network and to input date and time. If you already have a Google account set up is even simpler to do and syncs to all your data stored with the account.

The 10.1 screen was found to be bright and responsive, and using the interface the resolution was pleasing to the eye. Using the Honeycomb OS was found to be intuitive and gave a very good first impression. The device was found to be fast especially app installation, and unlike iOS the Android apps scaled really well. 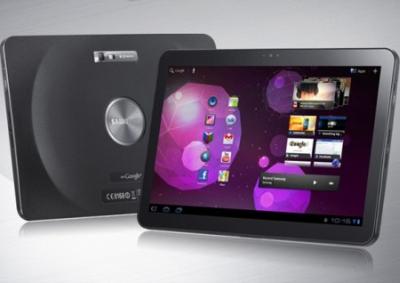 The browser was found to be extremely fast and responsive, and has real tab browsing like on a PC. Users can use Chrome sync which imports bookmarks in a very short space of time. Samsung have been making a lot of noise about the device having Flash, but the Galaxy Tab doesn’t come with it already installed. You have to go to the Android Market to download and to install.

When trying to watch video content Hulu was a no go as there isn’t an app for Android. When trying another site Syfy, a Flash video could be watched but only in a small window, unlike a full screen with a PC browser. The review was only a first impressions take on the device, but are you considering buying a Samsung Galaxy Tab 10.1?