We wanted to give FIFA 16 players a quick heads-up to say that the Sam Byram FIFA 16 price has been given a massive price hike on the transfer market following on from the player’s transfer to West Ham United.

Sam Byram is now officially a West Ham player and if you didn’t know yet, EA has already transferred the player to the new club on the FUT 16 database as of January 21.

The bad news is that you will probably have to pay over 3,000 coins to get this 71 rated player. Below are the Sam Byram FIFA 16 stats from FUTHead and you can see that it is an average card right now until EA offers him an upgrade. 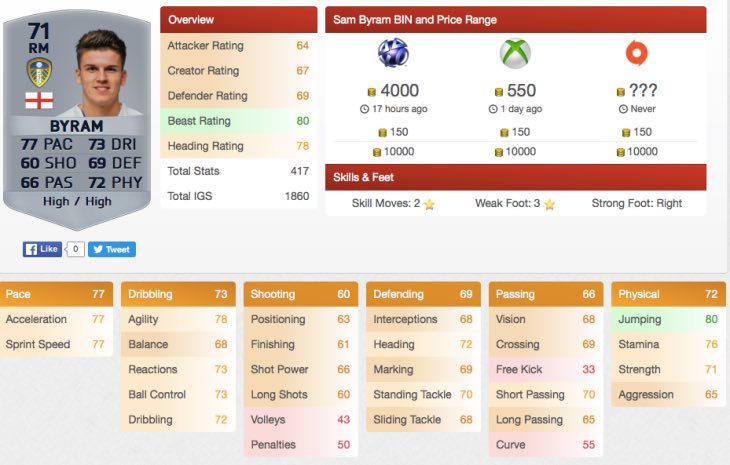 The hype around a new signing though has had a knock on effect with the transfer market though, so good luck trying to get a bargain. 3,000 coins seems to be the minimum, so let us know if you manage to get him for cheaper.

What are your thoughts on this transfer overall and what would be your predictions for a FIFA 17 rating or player upgrade?