FIFA 18 is once again going to be the main attraction this Summer for gamers all around the globe as EA prepares to unleash their latest version of the immensely popular video game.

Before that though, most of the pre-release discussion will be about FIFA 18 player ratings, especially to those that are transferring from other clubs around Europe to the Premier League – seen as the most popular among FIFA players.

One player that has been hitting the headlines this week is Mohamed Salah who now seems likely to seal a transfer to Liverpool which has been dragging on for weeks. 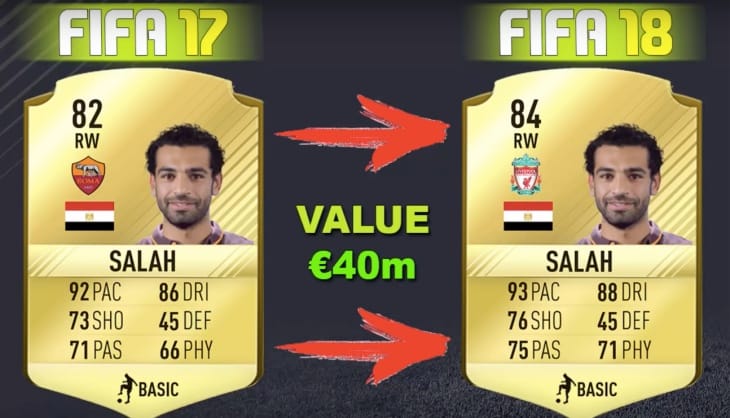 Thanks to an early FIFA 18 ratings prediction from YouTuber Zan OMG, we can now take a look at Salah’s FIFA 18 rating at LFC if the transfer becomes official soon.

Salah has a 82 rating on FIFA 17, but after an amazing season at Roma this could be boosted up to an 84 with increased dribbling, shooting and pace.

What are your thoughts on this rating? Don’t forget that throughout the FIFA 17 season, Salah has increased his rating to 90 by featuring in the Serie A TOTS. This means that it is almost certain that EA will upgrade his rating by the time FIFA 18 arrives.

Is 84 a fair rating for Salah or should it be higher? Let us know if you are excited about the potential of fast wingers at LFC on FIFA 18 next season with both Salah and Mane on either side.

Check out more FIFA 18 rating predictions in the video below!