We just received confirmation that the Sainsbury’s half price toy sale starts today, Wednesday, October 21 2015. This had been pretty obvious considering when the event took place last year, but today we noticed a tweet directly from Sainsbury’s confirming the sale for toys that normally bring up to 50 percent off.

The said tweet can be seen below and clearly reveals the confirmation from Sainsbury’s. They replied to one query, the first we have seen, and mention “You’ll be happy to know our super toy sale starts today”. While it’s not clear if it’s officially called the “Super Sainsbury’s Toy Sale”, thousands of Product Reviews readers have been waiting for the Wednesday before half-term. 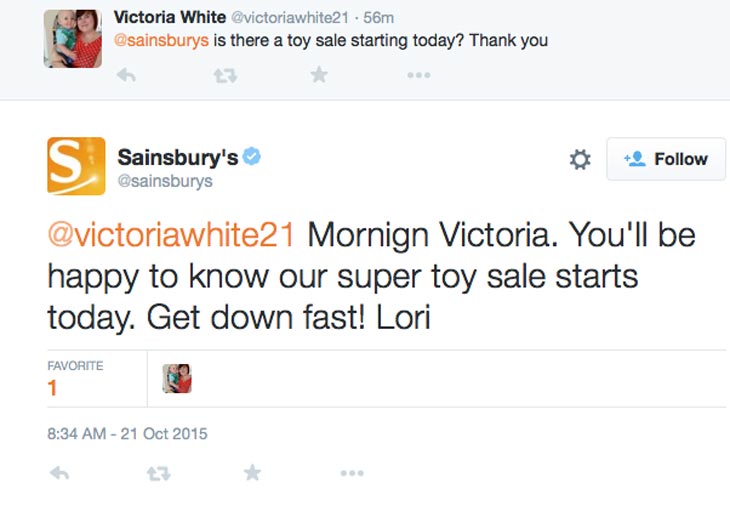 More interestingly is the mention of “Get down fast”, which reveals the Sainsbury’s half price toy sale will have very limited stocks in 2015. It doesn’t seem to be live on the website at the time of writing and we keep refreshing, at least we have received confirmation now and you should get down to the stores to benefit.

Let us know the Sainsbury’s toy sale deals you see today and of course, details of any toys you purchase and for what price below in the comments.