We are days away from EA releasing the highly anticipated FIFA 17 Winter Upgrades. These are new versions of cards for players that have performed well in real life since the start of the season and one big contender is Liverpool’s star Sadio Mane.

This was a player who shipped with a very low 79 rating when FIFA 17 launched and it was met with widespread criticism from fans of all clubs who believed he should be rated above 80.

EA somewhat made amends by giving Sadio Mane a special one to watch card and we can also remind you that he has since earned himself one in-form card up to an 82 rating. 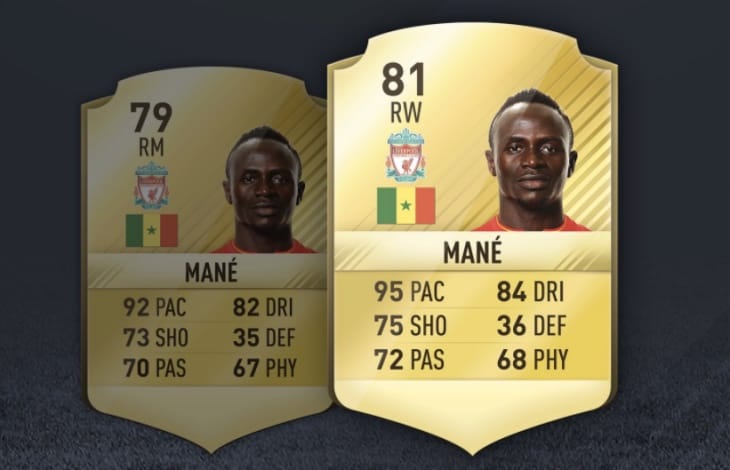 As you can see from the prediction above, EA could and probably should increase Mane’s rating to an 81 meaning that his in-form card will be boosted up to 83.

This is a fair reflection of Mane’s performance so far this season and one which LFC fans who play FIFA would be happy with.

Do you agree that Sadio Mane is a necessity for a FIFA 17 upgrade from EA? The upgrades will begin in February so let us know who you want us to talk about next!