FIFA 17 is available on Early Access for Xbox One owners only this week. Right away, we can see that one of the biggest talking points has been about the shockingly low rating for Sadio Mane at Liverpool FC.

He was one of the standout players for Southampton last season and it was the reason why he was the subject of a big money transfer to LFC.

For some reason though, he is only rated 79 in FIFA 17. Just to put that in context, players such as Lucas Leiva and James Miler are rated higher than him in Liverpool’s squad with 80 and 81 respectively. 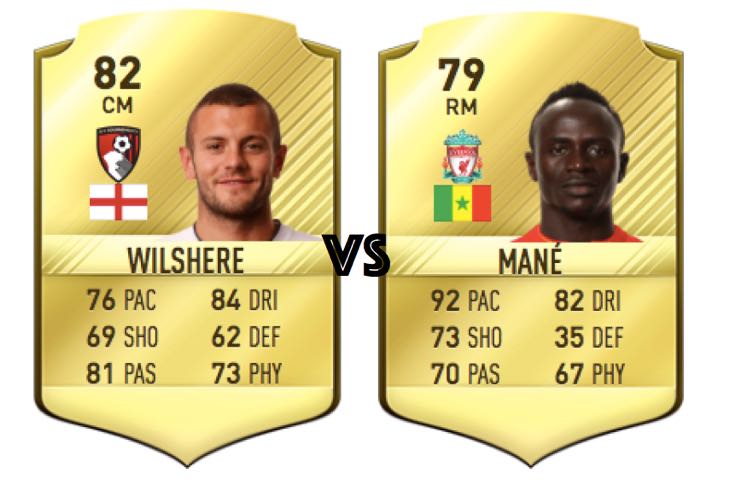 Elsewhere, EA decided to give Jack Wilshere an upgrade to 82 – what Premiership were EA watching last season if you compare Wilshere Vs Mane?

It is very surprising to say the least and as a result Mane should surely be one of the first names on the list of FIFA 17 Winter upgrades.

Are you shocked that Mane is a 79? Have your say below and tell us what you think a fair rating is instead.