The Ryse: Son of Rome PC release date is confirmed for October 10th, but what you really want to know is how the Ryse PC graphics compare to the current Xbox One version. When some of you first purchased Microsoft’s new console at launch it was done with the hope of seeing some amazing gameplay and graphics, which Ryse: Son of Rome did just that for many and now we get to see how much further a PC can push the game.

To see the Ryse PC graphics vs. Xbox One, you should take a look at the video below this article comparing both systems in terms of gameplay and graphics. Take a look and let us know if you think the PC differences are extremely noticeable? 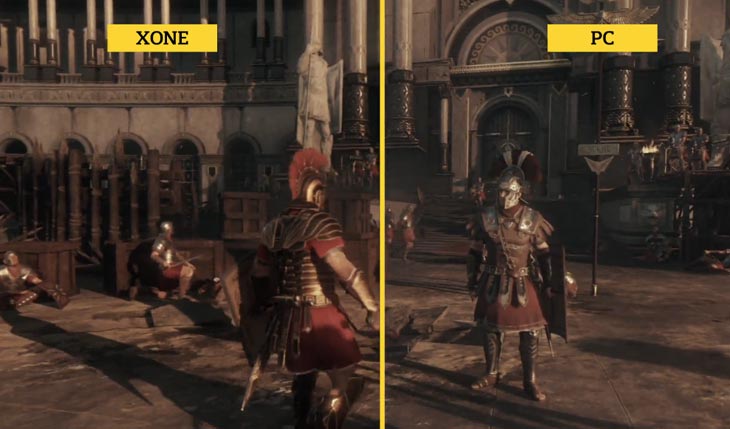 Personally, we feel it really shows how much of an upgrade the Xbox One is for Xbox 360 owners. PC graphics have been miles ahead for a long time, but now the Xbox One next to PC really shows it’s hard to tell the difference.

Read up on all the additions, improvements and graphical bells and whistles of @RyseGame on PC: http://t.co/vhb42sZi9E #CRYENGINE #Ryse

The tweet from Crytek above only arrived yesterday, and it will reveal a lot in regard to improvements for the PC version. Head through the link in the above tweet to learn about additions to the PC version along with the graphics upgrade, and more.

Do you think the Ryse: Son of Rome PC graphics are much better than Xbox One, the other way around, or no real difference?