There are some technology developers out there who wonder why smartwatches are not progressing as far ahead as they should be, and for some of them, this is a huge disappointment. Rather than sit around and wait for it to happen, a group of people have taken it upon themselves to come up with what looks to be a next-gen smartwatch, the Rufus Cuff.

To look at, the Rufus Cuff looks very similar to current smartwatches, such as the Samsung Galaxy Gear and Pebble Steel, but it differs in the way that it will eventually offer greater functionality.

Current smartwatches are limited in so many ways, and so the Rufus Cuff wants to lead by example and show consumers what a device like this should be capable off.

This is currently a crowdsource project on Indiegogo and is being classed more as a wrist communicator rather than a smartwatch. The team behind the project is looking to raise $200,000, and with 13 days left, they have raised $122,671. This means by April 28 they have to raise another $77,329, which is certainly achievable. 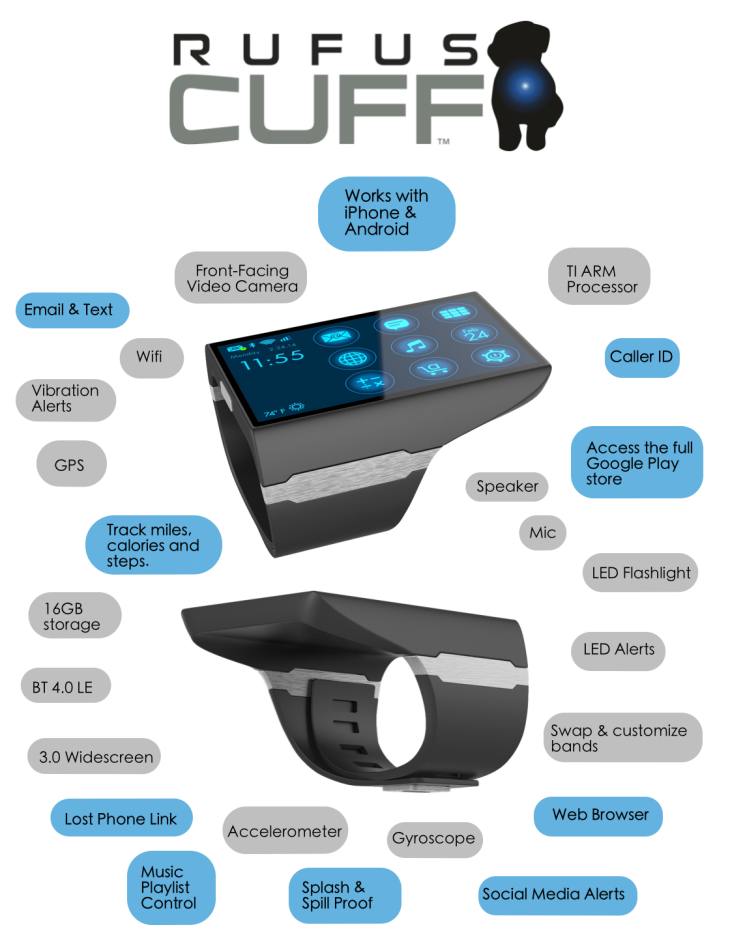 The Rufus Cuff will support both Android and iOS and come with a host of capabilities, which include, video and video calls, web function, fitness features, messaging and alerts, apps, Wi-Fi, Bluetooth, water resistance and also the ability to customize your Rufus Cuff to your own taste.

See some of its other features in the image above. As for prices, these do vary and so we ask that you head over to indiegogo.com to learn more.