We are looking at the potential January transfer window options for Liverpool FC, with Jurgen Klopp now on board making it a very exciting prospect for those playing FIFA 16 Ultimate Team.

EA will always transfer any new players in accordance with the real life January transfer window and one name we have heard this week is 18-year old Portuguese wonderkid Ruben Neves in LFC transfer news.

Rumors suggest that this is Liverpool’s number one transfer target and are willing to pay big money for what they see as one of the hottest prospects in Europe at the moment. 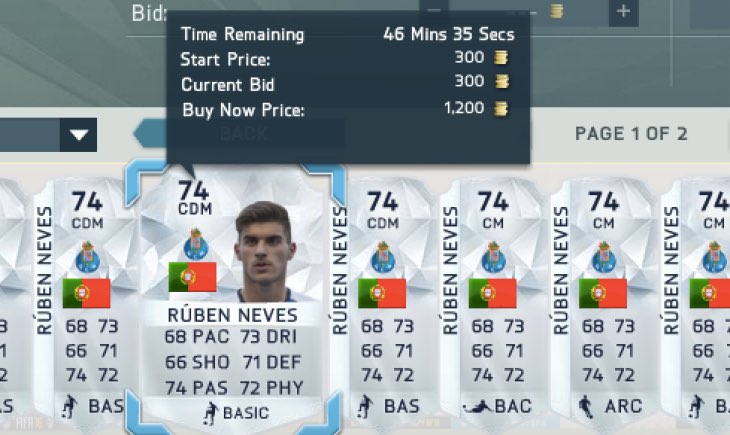 He appears to be a major asset on FIFA 16 as well. We can see that EA gave the player a massive upgrade from FIFA 15, from 69 up to a 74 overall rating.

For an 18 year old, that is a really big deal and you can see from his great stats that this is one silver card that you may want to snap up from the transfer market as soon as possible. 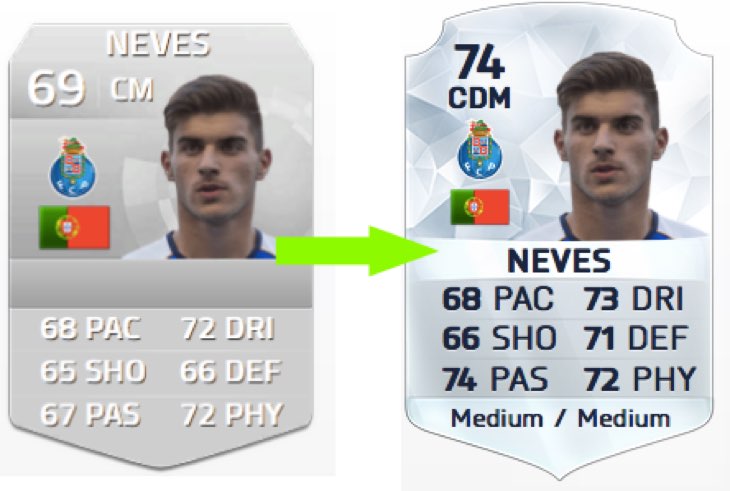 He is currently selling for around 1,000 to 2,000 coins although you may get lucky with a 300 coin bid as not everyone is aware of the buzz right now.

Take it from us though that his potential rating is only going to get higher. If he earns some in-form cards his value will skyrocket and if he moves to LFC in January than he is going to be worth even more.

EA rarely ever issue +5 upgrades, let alone for a silver card so definitely keep an eye on this player. Do you agree that Ruben Neves’ potential in FIFA 16 is amazing? Let us know if you have also bought one of his cards on FUT 16 this week amid the transfer speculation surrounding Ruben Neves to Liverpool.