We can already see the Royal Enfield Himalayan accessories thanks to a spy image of the production ready version. The good thing is, you don’t have that long to wait before we get to see clearer images, as its launch will be on February 2nd.

However, before we take a look at those accessories for the Royal Enfield Himalayan, we though we would have a look at its price expectations. From what Car and Bike believes, they ext the price to be 1.65 – 1.85 lakh, and so it will be interesting to see how close they are to that figure on the 2nd of February.

The Royal Enfield Himalayan is to take on the adventure tourer segment, and looks set to dominate seeing as though there are really no affordable models in that segment. 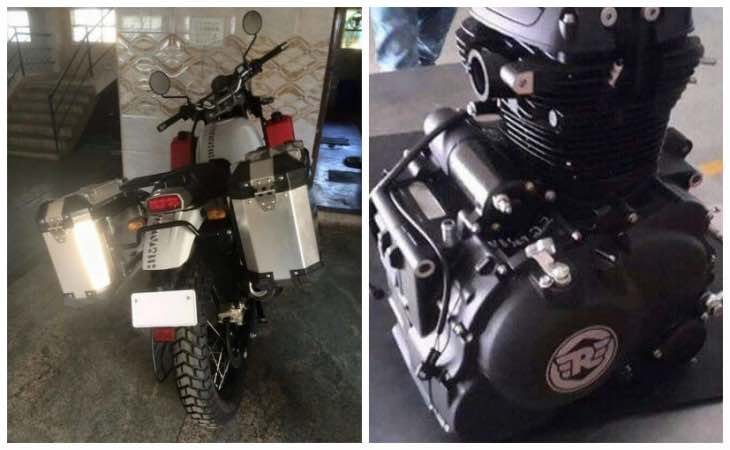 A look at the accessories – The tank will be painted in white, while the frame will be in black, and there are to also be hints of silver on certain parts of the bike. There are dedicated mounts for you to put extra fuel tanks on, which can be seen in the images above and below.

You will also notice a swinger, round rear view mirrors, new taillight and indicators, a flat wide handlebar and also an improved engine.

Speaking of that engine, this will be an all-new 410cc single-cylinder, which will produce 28-30bhp power, and 32Nm of torque. Do you think that RE will find success in this segment with their Himalayan model?