With the TOTY now underway for FIFA 15, the next major event to look forward to is the highly anticipated FIFA 15 January transfers that EA will introduce at the end of the month.

One massive transfer rumor that we have heard about is a longshot, but could provide the answer to the million dollar question of – How do you replace Steven Gerrard?

Some may say that it is impossible, but others will say simply pay £60m to secure the services of Ross Barkley to Liverpool. It sounds crazy to think about this potential transfer, but then again we’re talking about the same club who paid £35m for Andy Carroll. 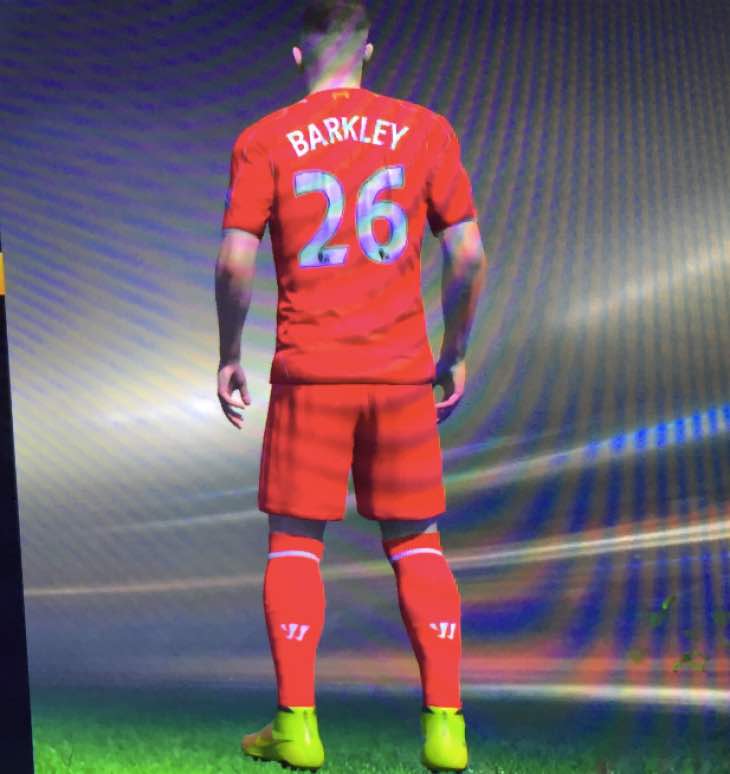 Let’s say that dreams do come true though for FIFA 15 fans, let’s take a look at how Everton superstar Ross Barkley would look like in a LFC shirt.

We have to say that it looks somewhat surreal at first glance, but then again for LFC fans this could be the ideal replacement for Gerrard at such a young age – he’s got everything you could ask for in terms of ability.

Will it happen though and will EA make this surprise transfer an official switch either this January or Summer transfer? If you love making ‘dream’ transfers on FIFA 15 in player edit mode, let us know what you think about this one.

Do you think there is ever a chance that Ross Barkley will be seen in a LFC shirt?