FIFA fans have been wondering when EA are going to act following the unusual situation they find themselves in with Ronaldo having initially been announced as FIFA 19 cover star in his Real Madrid kit.

He’s now moved to Juventus of course and fans have been waiting to see if EA release a new FIFA 19 trailer featuring Ronaldo in his Juventus kit or change all of the pre-order marketing materials completely.

Now we can see that the developer has made the first signs on solving the situation by releasing a new teaser image showing Ronaldo’s facial features in FIFA 19 in his new kit and surrounded by his new teammates. 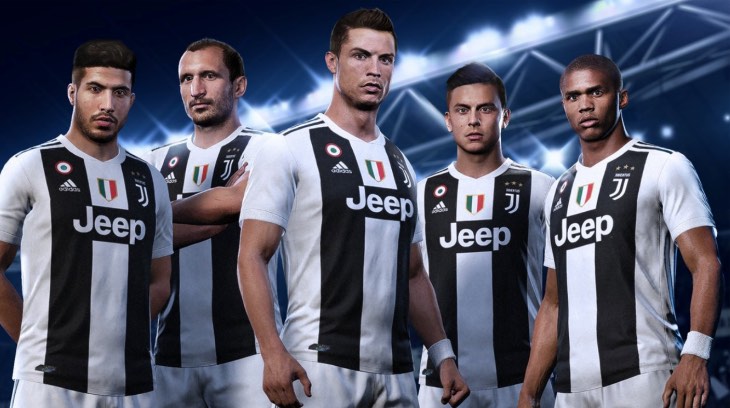 The facial likeness to Ronaldo is spot on as you would expect from EA, while you can also get a glimpse of Juventus’ other big signing too with Emre Can having moved from Liverpool FC.

Look forward to more previews of FIFA 19 in the coming weeks as EA countdown to release. Let us know if you plan to play as Ronaldo in single player and try to get his card in Ultimate Team.