EA has shocked the FIFA community by unleashing their TOTS BBVA lineup with some big surprises. Specifically by deciding to give Ronaldo a 99 TOTS card, but not Luis Suarez who many would argue had a better season.

These special cards are available in FIFA 16 for one week only starting from May 20 and they are basically the most coveted cards in the entire game now at the end of the season.

You can see the official Team of the Season BBVA below if you missed it in our reveal earlier today. Ronaldo will have a 99 card, Suarez a 98 and Messi also behind Ronaldo with a 98. 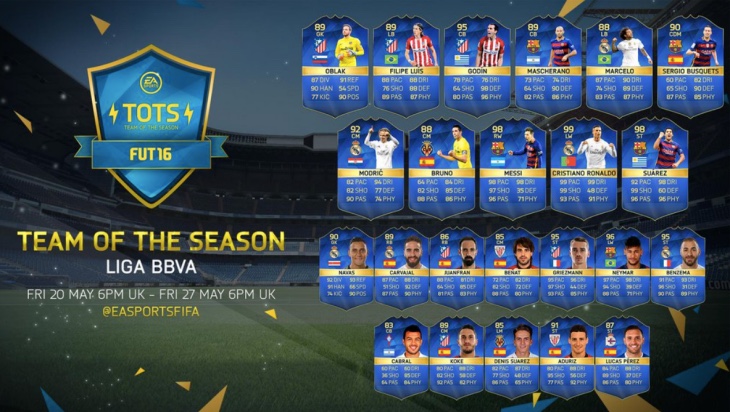 Looking deeper, Ronaldo will have 99 for Pace, Dribble and Shooting, while Suarez will only have 99 for shooting whilst being behind Ronaldo on other stats.

All of the community was united in believing that Suarez would get a 99 card based on performances this season, so why do you think EA has decided against it?

Does this confirm that Ronaldo has been better than Messi and Suarez this season, or would you disagree? Have your say on this below.