EA has sprung a big surprise for all FIFA 17 players this week, by announcing and releasing the TOTY Forwards into packs right now. Usually players have to wait until the end of the week, but this time you have the chance to get Ronaldo, Messi and Suarez TOTY cards for FUT 17 until Wednesday January 11.

We know that Ronaldo has been voted as the ‘worlds best player’ in the FIFA Player Awards that took place hours ago, but many still believe that Messi is the better player between the two.

For the time being though, Ronaldo is now in front of Messi in EA eyes which is strange given that Messi always had a higher card than Ronaldo in previous editions of FIFA. 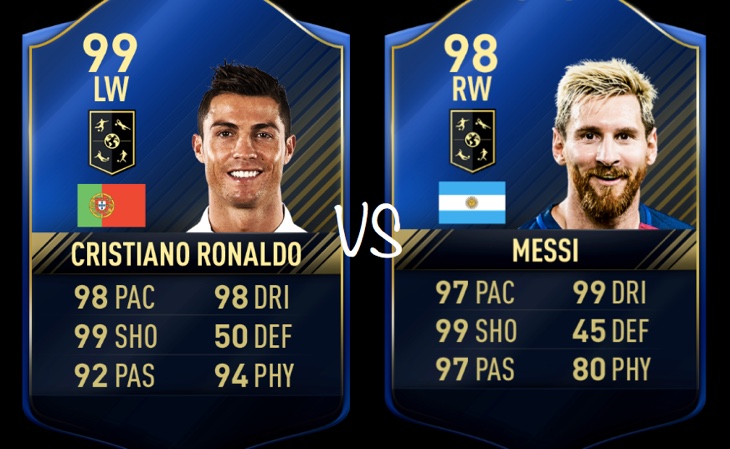 Not this time though. Take a look at the new Ronaldo and Messi FIFA 17 TOTY cards which show Ronaldo with a higher 99 and Messi slightly behind on a 98.

The stats are extremely similar, with both having 99 for shooting, but Messi having better Dribble and superior passing compared to Ronaldo’s higher pace and strength.

Do you agree with the decision by EA to make Ronaldo better than Messi once again or should it be the other way around? Let us know your thoughts on this by participating in the discussion section below.