EA waited until the very last minute to confirm that Ronaldinho will be in FIFA 15. Unfortunately though, he is a special case as although he doesn’t appear for new Mexican club Queretaro, he is however featured on FIFA 15 Ultimate team with an 80 rating.

Ronaldinho is also one of a handful of players who has a five-star skill rating in the game – joining the likes of Ronaldo, Neymar and Pele. While it’s disappointing that you can’t play an offline game with Ronaldinho in the Queretaro team, you can however pick him out of a FIFA 15 gold pack on Ultimate Team.

Some players have already managed to do this, or buy him outright on the FIFA 15 Transfer market by paying over the odds. We can bring you a preview of what Ronaldinho will offer to your Ultimate Team squad though and you’ll be amazed how effective the Brazilian legend still is. 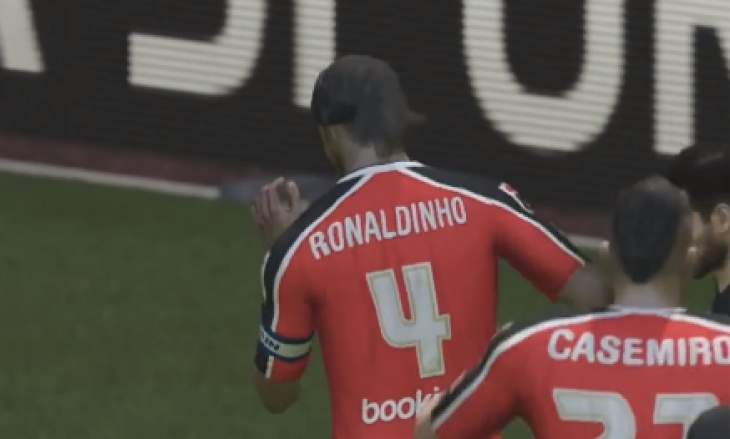 This preview comes from YouTuber Adamsutherland8 who has featured the player as part of his YouTube series ‘Beast of the week’. Watch the video to get an in-depth look at all his stats, as well as gameplay evidence on some of his amazing passing ability and skill moves which he can pull off with ease.

@EASPORTSFIFA why is Ronaldinho not on QuerÃ©taro on FIFA 15?

Although Ronaldinho is clearly past his prime, he seems to be one of the most popular players in FIFA 15 Ultimate Team at the moment and EA made a great decision to give the fans what they want with a last-minute addition.

Have you acquired Ronaldinho on your FIFA 15 Ultimate Team squad yet? Does EA need to update FIFA 15 so that Ronaldinho is playable in offline modes for Brazil and Queretaro?