When is comes to the HTC EVO 3D, it seems as though ROM modders will have an issue with the device because of its locked bootloader, which is much the same as the Incredible S, Thunderbolt and Sensation. This means that it will not be a simple task for modders trying to make the Android handset any better.

We cannot be surprised by this move, as it is keeping to a recent trend. However, Android Police says that there is still hope, as HTC is looking into reviewing their policy when it comes to bootloaders. This is something that Sony Ericsson has already done, so if HTC were to follow suit then they will be putting one over on Motorola.

Consumers hope that the Samsung Galaxy S II will not have a locked bootloader, so modders might be able to tinker away at the device to give it a few shiny new features. However, according to OSM, the device does not need any help in that department, as consumers seem more than happy with the power and features of the S2. 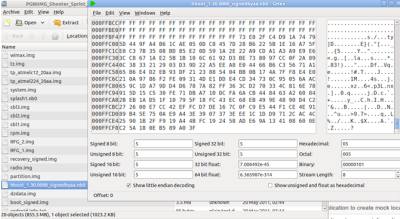 A couple of days ago we were able to give you an update as to how much the new HTC EVO 3D will cost you on Sprint, and the price was not much of a shock. You do not have that long to wait now, as the handset is due for release on June 4th.

Are you upset that the HTC EVO 3D has a locked down bootloader?