The Geneva Motor Show 2011 is just weeks away and we have been bringing you news of the vehicles set to debut there. The electric motor cars seem to be the ones taking the headlines and today we have news of another as Rolls Royce are set to debut their 102EX all-electric luxury concept.

According to Slashgear, the design is based on their Phantom, except it has an electric-powertrain that replaces the 6.75L engine. This isn’t the first luxury car to get an electric makeover. Hybrid cars have been around for a while now; Lexus’s LX600hl is an example of one such motor.

It seems big named car manufacturers are trading their fuel guzzling, growling engines for more smoother, quiet running engines with the potential to offer ultimate-luxury and at the same time becoming environmentally friendly. However luxury these vehicle are, the price may seem less of a luxury. 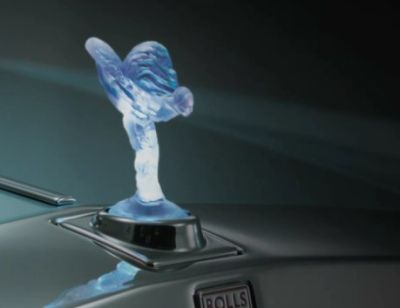 The Rolls Royce 102EX will cost 2p per mile which compared to the Phantom which does 15 miles to the gallon, the savings are significant. Unthinkable say the fuel price is unlikely to compensate enough for the cost of the car which they believe will be in the region of £1 million if put into production.

The Geneva Motor Show runs from the 3rd to the 13th of March. If you own a Rolls Royce you will be able to test drive the 102EX in order to give feedback that will aid Rolls Royce when/if the vehicle goes into production.

Do you think this electric motor vehicle will make the production line? Would you be willing to pay this sort of price for Ultimate-Luxury? Let us know your thoughts.