The new Apple TV has been available for a while now, and the neat little box has been well received since its launch. But how does it compare to its competitors?

Last year Engadget had a look at Apple TV alternatives comparing prices and features of the devices. Price wise the Apple TV was the cheapest along with the Roku box at $99, and was also the smallest device. The Roku had more choice when it came to content, it also had MLB.tv, NBA GameTime, Pandora, and Amazon over what can be found on the Apple.

Now there is news that the Roku HD-XR and XDS boxes will be able to play back files from a connected USB drive. Cnet are reporting that this is now possible thanks to a new firmware update. MP4, MOV, and MKV formats are now all supported by the device. 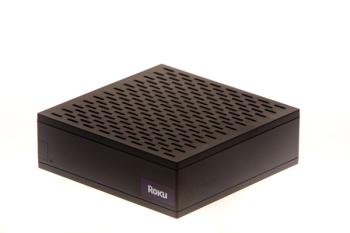 Apple TV doesn’t even have an USB port on its new device, and needs hacking for it to playback files via USB on the old Apple TV. With this in mind would it be a factor in deciding which device you choose? Check out the video below comparing the two devices.