With there being an onslaught of new media streaming devices, such as Google’s Chromecast, Amazon’s Fire TV and Sony’s PlayStation TV it stands to reason why Roku 3 and Apple TV owners have started to wonder just how long it will be before new models are released, and what sort of changes should we expect.

Even though the Roku 3 is only 15 months old and the current-gen Apple TV 17 months old, they have started to show their age, and even though both have received much-needed software updates, they are starting to lag behind the new boys on the block.

The Roku 3 already has decent gaming features thanks to the motion gaming remote, but the Apple TV is a long way behind and so has a much steeper hill to climb.

It’s for this very reason why we wonder what features we can expect to see on the Roku 4 and Apple TV 4G. We do know one thing for certain, and that is Roku 4 is screaming out for live TV support. If this feature were added, then it would stop the need to use Chromecast at all. 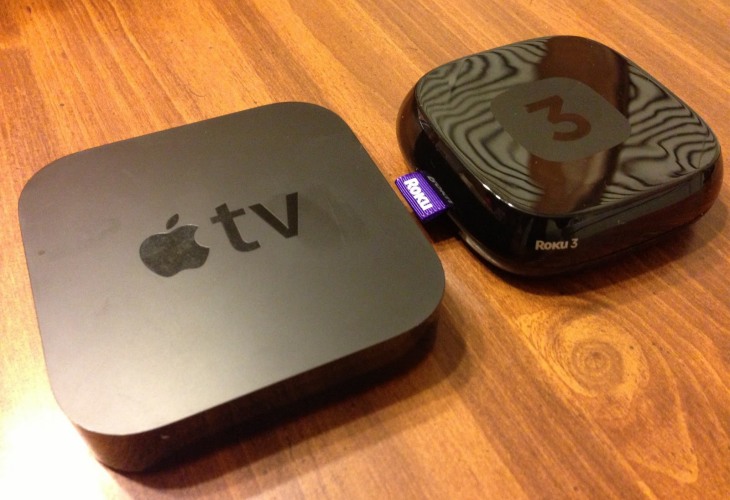 Wanted Roku 4 features — The UI needs to be far more flexible because while it is ok on some channels, most of them seem a bit too rigid. Speaking of rigid, the icons need to be more flexible. Content needs to be more feature rich and also it would be nice to have instant playing trailers, ratings and a synopsis.

Miracast is also a much asked for feature, as is a larger buffer, 4K support, and to top things off, a web browser. What other features would you like to see on the next-gen Roku set-top box?

Needed Apple TV 4th generation features — We don’t expect the design of Apple TV to change, even though we have seen a nice Apple TV 4G concept, although it could be made slightly larger to accommodate more ports, and it has been highly rumored that the next model will support gaming.

This is the most needed feature because Amazon Fire TV has an extensive range of games, and Roku also supports gaming as well. There have even been calls for a TV tuner, so that you can watch live TV.

These are just some of the features users would like to see brought to the next generation Apple TV, but what else would you like to see?