If I was to say the name Yuji Naka a lot of you probably wouldn’t know who I was talking about, however your ears will undoubtedly perk up if I tell you that he is the man behind Sonic’s programming, now we have the first trailer for another game that he is involved with, this is called Rodea the Sky Soldier.

Details are extremely scarce at present, however we can confirm that this game is headed for the Nintendo Wii and Nintendo 3DS, if you scroll down to the end of this post you can watch the trailer, as CVG point out it looks as if developers may have taken some inspiration from Skies of Arcadia. 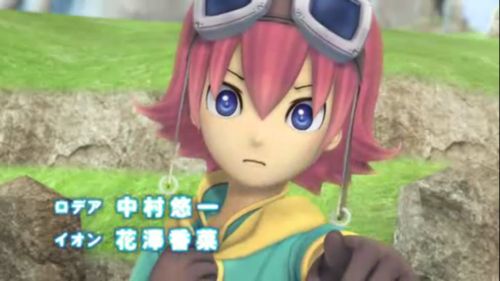 Rodea the Sky Soldier is being developed by Kadokawa Games, the trailer does show what we think are some playable characters, these are Rodea, Ion, and Cecilia, the graphics certainly look like a game which will fit in well with other Wii releases.

There is still a huge amount that we do not know about this game, therefore we will have to keep you posted as we find out more, do you like the look of the game?