We have some fantastic news to bring you now, as Rockstar has just confirmed that the next GTA V update on PS4 and Xbox One will bring the Rockstar Editor to console.

Remember that this feature launched exclusively with the PC version of the game, allowing users to use powerful editing tools to create some truly memorable videos of their daily adventures.

Now soon console owners will have that power, as confirmed by Rockstar in their latest GTA V newswire update this week. The next GTA V update should be GTA V 1.13 on PS4, while the next GTA Online update will be 1.29 as we told you in our recent article here. 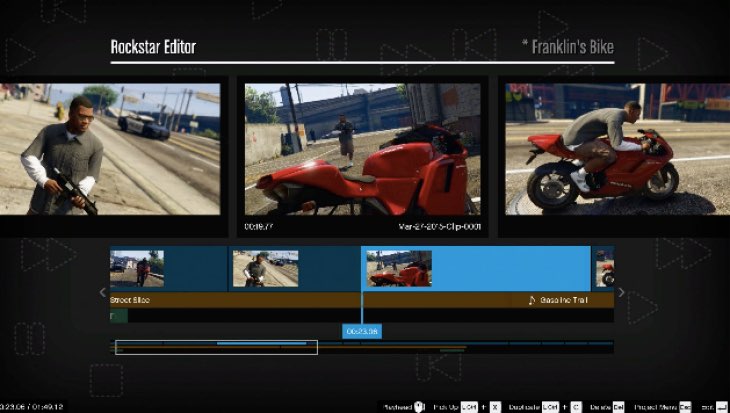 Aside from the Rockstar Editor though, what else can players expect to find in terms of new content? We imagine that getting the Rockstar Editor’s full features working on console exactly as they do on PC will be a task for Rockstar’s technical team so that may be all that we are getting.

Are you excited about this? It is going to breath a new sense of life into the game considering how social the PS4 and Xbox One are at the moment with users broadcasting and uploading media as a normal part of their lives now.

Once we hear details on other coming in the next GTA V update, we’ll let you know. In the meantime, let us know what you plan to do once the Rockstar Editor lands on console.

We’ve added Rockstar’s official introduction to the Editor to give you a taste of what is coming.