It looks like the PS4 exclusivity period for Rocket League is finally coming to a close. The massively successful arcade racer has been spotted on a ratings website for Xbox One, meaning that we could now see a Rocket League Xbox One release date sooner rather than later.

We last spoke about this back in August, when developers Psyonix confirmed that they would definitely be bringing the game to other platforms.

The game was never touted as a console exclusive on PS4, but one of the possible stumbling blocks behind the Xbox release could have been related to the cross-platform support that PS4 offers with the PC version allowing both sets of players to play on the same server. 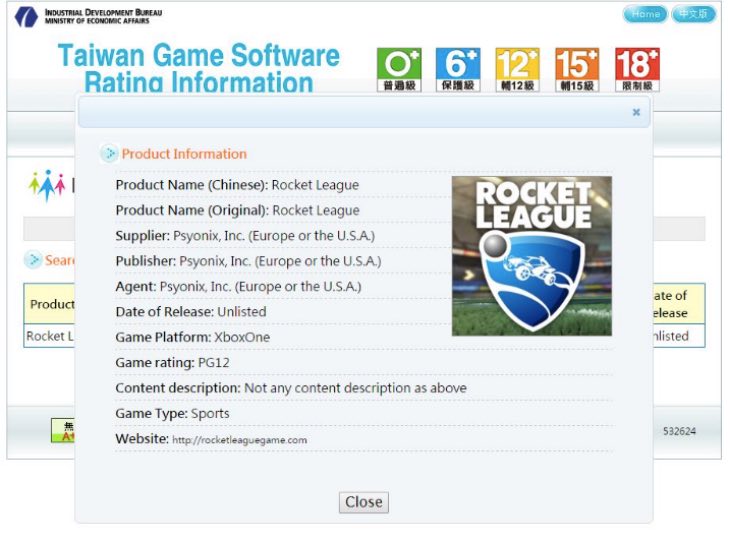 Microsoft has been against allowing this kind of support in the past, but perhaps this issue has been ironed out – or at least to allow Xbox One players to play with PC.

There’s still no official announcement yet, but given the image above originating from Taiwan we should look forward to it soon. Xbox One owners, how do you feel about this – are you ready to give in to the Rocket League craze right now?