It feels like we are just days away now from learning the official Rocket League Xbox One release date. Most of you will now know that the game has been confirmed for Xbox and the developers have told fans to stay tuned this week on Twitter for information soon about the final date.

Rocket League Season 1 is coming to an end ‘early February‘, so we have a feeling that Xbox owners will be able to play the game to coincide with the rollout of Season 2.

Remember that when the game is live on Xbox One, players will have exclusive vehicles from Gears of War and Halo to choose from, which obviously aren’t available on PlayStation. 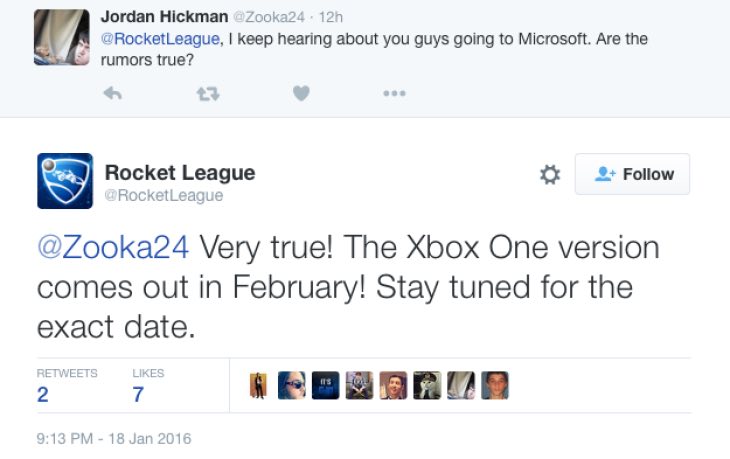 The date is going to be announced very soon, so if you haven’t heard the buzz about Rocket League from the PC or PS4 version, we suggest you hop on to YouTube now and see why everyone is calling this their game of 2015.

Once the news is out we will let you know but it can’t be long now with fans getting impatient on Twitter and Psyonix themselves teasing that it is coming soon.

Are you ready to play Rocket League on Xbox One? Remember that the Xbox version will also come packaged with the Supersonic Fury, Revenge of the Battle-Cars, and Chaos Run content packs at no extra cost – the Back to the Future DLC is also available to buy at launch.