It looks like the highly anticipated launch of Rocket League on PS4 as part of July’s PS Plus offerings has not gone exactly to plan.

There’s been complaints over on Reddit with an entire thread about the issues, while we can see that Twitter has been busy with gamers expressing their frustration that they can’t play the new PS Plus game. 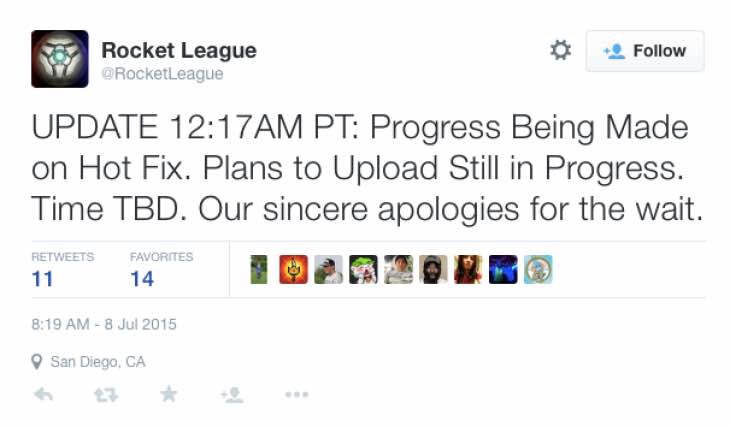 Just minutes ago, we have the latest update regarding the Rocket League PS4 server status from developer Psyonix. They state that they will be applying a hotfix to fix the issues, but at this time they still don’t know what time the Rocket League servers will be back up in America and Europe.

Keep checking back here for the latest updates, or head on to the official Rocket League Twitter page to find out when you’ll be able to play.

Rocket League does look like really good fun, so it will be worth the wait once the problems are over. Anyone else getting the de ja vu feeling though similar to Driveclub PS Plus?