Those who are looking for some new PS4 games to play may want a reminder that there’s the little matter of the Rocket League PS4 release date that is heading to Sony’s console at the start of July.

As we told you earlier on in our July PS Plus article, Rocket League could be a contender for one of the games selected – as it’s releasing on the first Tuesday of the month on July 7.

Rocket League is a frantic fast paced arcade football racing game which plays similarly to Supersonic Acrobatic Rocket-Powered Battle Cars and even SNES classic Street Racer if you remember it.

We’ve added some colorful gameplay (NSFW) from the beta below which let’s you see how fun it can be when playing with friends, since Rocket League supports up to 4 players local split-screen and 8 players online. 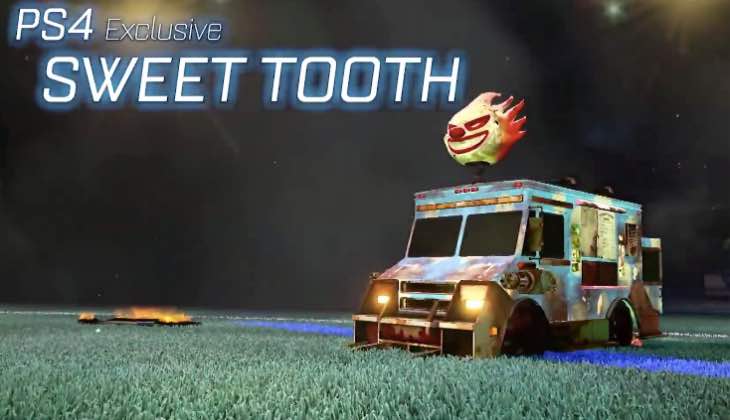 As an added treat, the PS4 version of the game also comes with one special car to unlock – none other than Sweet Tooth from the Twisted Metal series which is great.

Is this a game you are hoping to see go free with PS Plus, or would you be happy to pay for it regardless given the fun that you can see from the clip below?

Let us know if you played the Supersonic Acrobatic Rocket-Powered Battle Cars game on PS3 and if you are looking forward to playing this sequel from Psyonix.